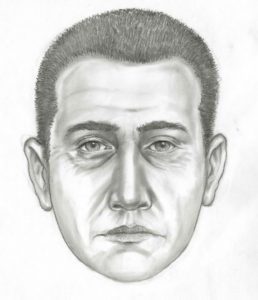 Saint John Police Force is releasing security photos of a suspect from an armed robbery that occurred at the CIBC Bank on Consumer’s Drive on January 5, 2017. The suspect is described as a male, middle aged, and medium build. The suspect was wearing a dark winter coat, black hoody and was carrying a red bag. The suspect used a black handgun during the commission of this offence

Saint John Police are seeking the Public’s assistance in solving this robbery as well as a number of other recent bank robberies that have occurred in Saint John. Saint John-Grand Bay/Westfield Crime Stoppers along with the Canadian Bankers Association is offering a $2,000 reward for any information leading to the arrest of the person(s) responsible for these robberies.

If anyone has any information concerning these robberies please contact the Saint John Police Department at 506-648-3333 or via email Police@saintjohn.ca, or Information can be provided anonymously through Crime Stoppers at www.crimenb.ca, by calling 1-800-222-TIPS (8477), or by texting TIP212 + your message to ‘ CRIMES’ (274637).

sj_cibc3
There are 4 ways to submit an anonymous tip to Crime Stoppers:
TALK: Call us toll-free 1-800-222-TIPS (8477)
TYPE: www.crimenb.ca/tips or directly at www.crimetip.ca
TEXT: TIP212 plus your message to CRIMES (274637)
TAP: Download our TipSubmit™ Mobile App for Apple™ or Android™ devices